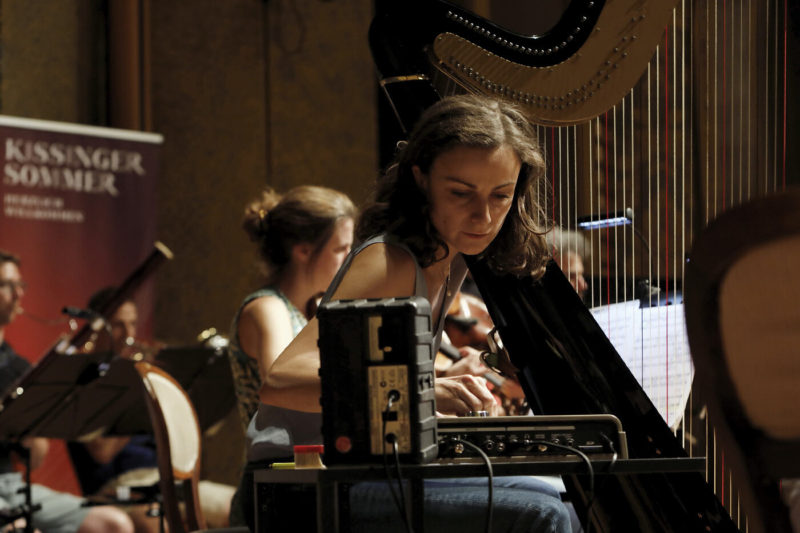 This feature-length concert piece was commissioned by and first performed at the renowned « Kissinger Sommer » festival.
The titular role of « Orfeo » was sung by Lena Belkina, who delivered the only vocal part of this non-scenic piece.
The other main part of « Orfeo Reflections » is the harp, played by Lucie Delhaye. It is performed ordinario but also using live electronics that Lucie herself is expertly engineering on stage.
Led by conductor Andrea Sanguineti, the Bayerisches Kammerorchester Bad Brückenau performed the orchestral part. 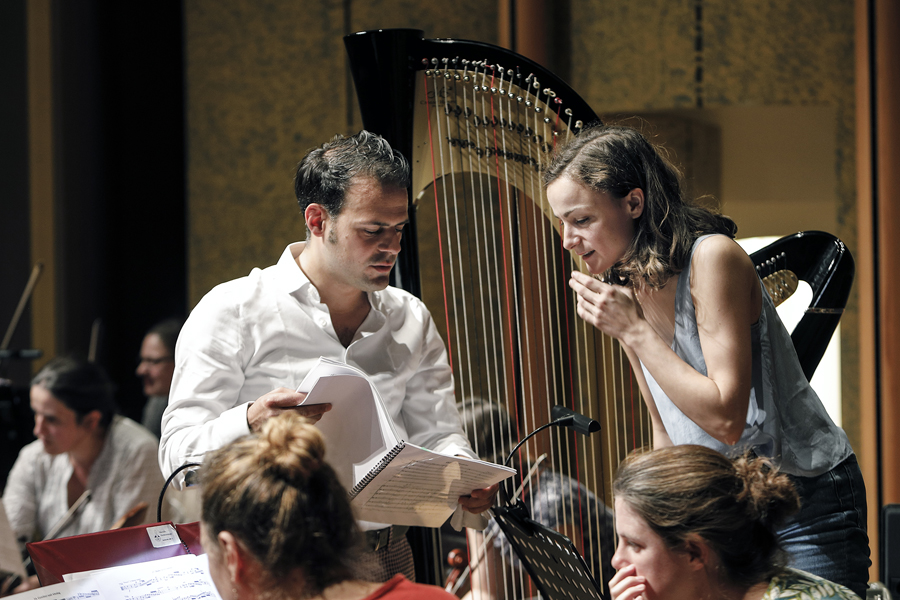 Scholl has received numerous commissions – amongst them Deutschlandfunk, Deutscher Musikrat and Ludwigsburger Schlossfestspiele. His „Orfeo Reflections“, a full length work with Lena Belkina and Lucie Delhaye as soloists commissioned by Kissinger Sommer, has received standing ovations and critical acclaim.
In Scholl´s interpretation, Orfeo’s descent into Hades is a symbolic equivalent of his state of denial that spirals into madness. 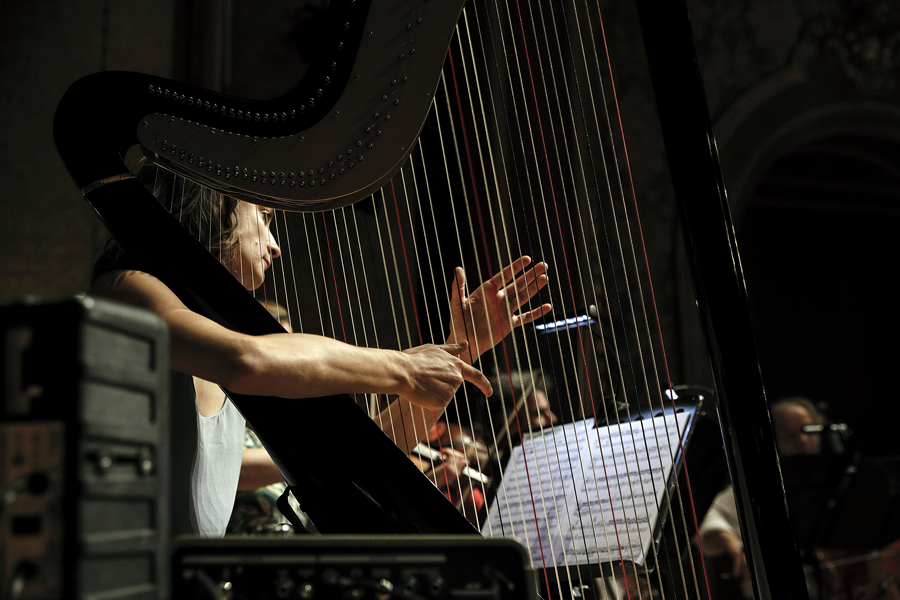 As previously mentioned, the harp plays a central role in this work. Especially in moments of darkness and isolation it is featured prominently – amplified and manipulated through electronic effects as well as a combination of unusual playing techniques (bowed, for example). As Orfeo’s representative, the manipulated harp conveys Orfeo’s estrangement and places his suffering under a microscope. 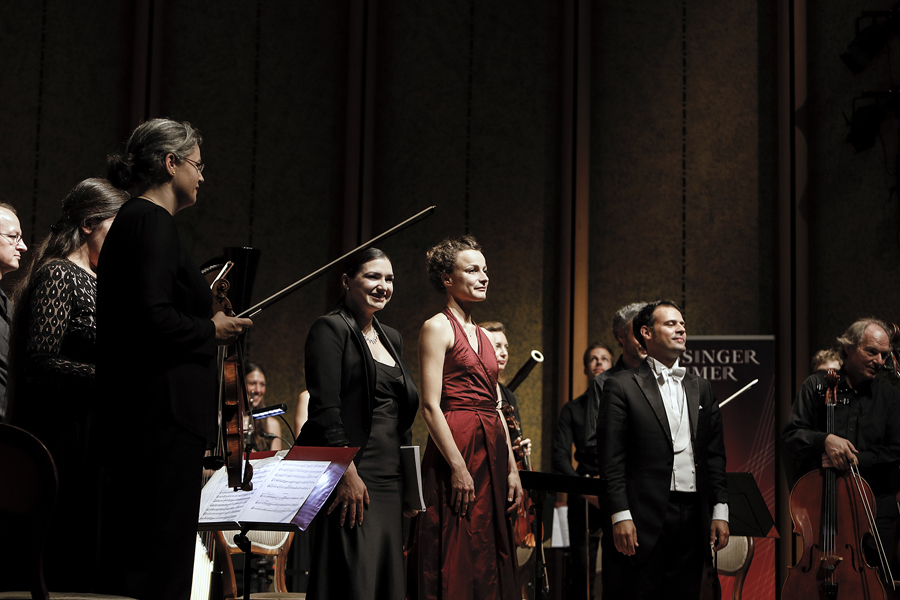 Moreover, the use of an elaborate playback is projected by speakers into the concert hall. It is composed mostly by incorporating and manipulating a selection of natural sounds. This « sound design » contributes an additional sensory layer to the story and helps one achieve a near-complete immersion in Orfeo’s innermost feelings.

For any inquiries or booking, feel free to contact me